welcome to my blog!

Hello! What's written in here are pure thoughts of mine and are originally made by me. Please do enjoy my articles (my outburst expression of myself). Thank you. God bless everyone!

Beware of the Perfectly Imperfect Apprentices

Pennies out of trash


One day last year mom saw this guy with cart of junk roaming around our village, and then she asked, “what are you gonna do with those?” and then the man replied, “ibebenta ko po. Pero bumubili din ako.” And then voila! My mom had this idea of collecting all the plastic bottles we have until there’s a lot of it and then sell it.

(photos to follow)
Posted by kring-kring at 10:47 PM No comments:

A BUSINESS IN HERE 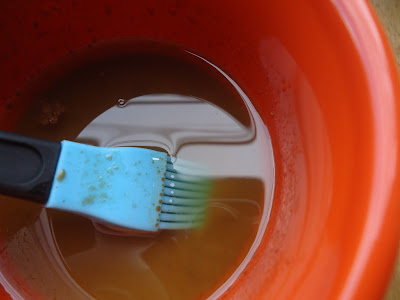 Just last night my mom walked in into our room and asked me to wake up at five in the morning, and I was like “err…what?! Five? Why??” and then she replied, “mamamalengke tayo.”
Upon hearing “mamamalengke tayo” I knew what she was up to--she is to start her long-time panned business.
I honestly doubted her business because she did not took the preliminary precautions before plunging into it. I mean she does not know her opponents, the prices of what’s she’s gonna sell and etc.
The next day, I saw excitement in her eyes and I could not do anything but smile and support her.
When we reached Marikina, she immediately went to the section where they sell ready to barbeque products. She looked around and chose carefully. And after getting all the meat she wants, we went straight to the dry market to buy soy sauce, vinegar, onion and everything else that she thinks she’ll need for her BUSINESS. We even bought a grill for her barbeque. I know we have one in the house, it’s still good to use but it’s big, I mean gi-enormous for her still small business. Haha
When we finally have everything, we went home. We reached the house at 6:42 and she immediately cooked breakfast because she knows she’ll be very busy.
I was surprised that she was planning to start her business that same day. So I asked her, “ma, aren’t you suppose to start tomorrow?”, “why tomorrow? Pwede naman na hours lang i-marinate yung meat kasi thin cuts lang naman yun.” Again, I just let go of my thoughts and supported her.
But during the putting of the meat on sticks, I and mom had a little argument. About what? About how to put the meat on the sticks. Yes, about how to put the meat on the sticks.
When I was living in the dorm, I usually eat barbeque near our building, and upon going home and going to school there’s a lot of barbeque stands along the way so i know exactly how the meat should be put into that skinny long sticks.
Because she was doing a lot, I decided to put the meat already in the you know, sticks. When she saw it, she removed it with an angry face without a word. So I asked, “ma, bakit mo tinatanggal?” and then she replied with a high voice, “Mali naman ‘tong ginagawa mo!” and so I replied to her and said, “you know, I’ve eaten a lot of barbeque before and I know exactly how they looked like, how come mali?”. She didn’t say any word, but she just continued removing those meats from the sticks.
I was ofeneded by what she did and said, “I am helping, but I guess you don’t want any. Di na ako tutulong. Fine!” and walked away. I stayed upstairs and slept. When I woke-up she’s almost done and almost ready to open her business to the public.
When she tried grilling one, I think she realized that she’s wrong on how the meat was put into the stick. It was so close together that it looked so small and that the meat is so close together that  it will take more time to cook it and that there is  very little space for your fingers to hold it when you grill it while there’s a lot of space above the meat.
She didn’t finish everything on her first day. My friend said that it’s okay because villagers don’t know about it yet. The next day she added a new kind. Again, the buyers are few but this time fewer. The next day, only one customer has come to buy. But she has bought a lot (I mean the customer bought a lot).
The following day, it was raining. I was afraid that no one will come to buy even one, because it is raining. And yes, no one did. The same thing happened the next day. But the next day was different; one customer had come to buy. But the next day mom decided to quit her business.
While waiting for customers, I asked mom, “did you pray for it,ma?” and she replied, “why should i? I’ve been planning for this for a very long time.” And I said, “there, I told you. You’ve been planning for it but you did not seek God regarding this plan.” I prayed for it,ofcourse,she said.  And I replied,”you only prayed to have your business a boom, you planned it alone, you did not seek His will. Okay, okay, you prayed for it, but how did you know His answer? You wouldn’t know, because you did not seek His’.”
I think mom got what I wanted to tell her. She realized that she had forgotten.  But she’s okay now.
She’s planning a new business now, I just hope and pray that this time she’ll seek God’s will now.
Good things happen from failures.


Good luck on your next business mom! 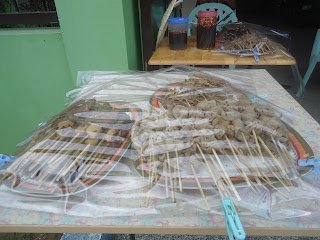 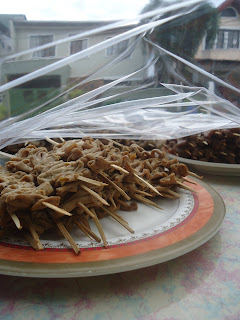 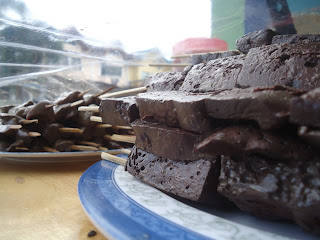 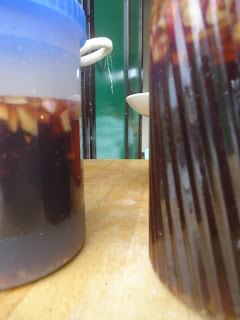 Early this week my mom has been craving for Siopao. So she decided to make Siopao for ourselves. My mom and her sister, Auntie Helen agreed to make Siopao at our house yesterday but because it rained, they called it a day and moved it on Saturday.


Mom was assigned to make the dough and my auntie will make the filling and the sauce.


Making the dough is never that easy. We had a very hard time doing it. It took us three trials to finally make the perfect dough (or so we thought). It was a waste of everything—waste of ingredients, waste of time and waste of energy. But it’s okay, cause we learn from mistakes and mistakes will make us close to perfection. J


Finally, after resting the we so thought perfectly made dough we put the fillings inside and rested it again for 25-30 minutes.


After resting the dough, the Siopaos are ready to take plunge into the steamer.


We left everything to mom and for a while, me and my cousins took a walk and ate some ice cream on the way.


We know very well (I mean me and my cousins) that the Siopaos are already cooked, so we rushed home. When we finally reached the house, we were all surprised to see that the Siopaos were not white but yellow and that the dough is not floppy but very much like bread in terms of the taste and hardness.


But it tasted like a Siopao. I mean it really tasted like Siopao, I swear! Not just because we did it but because it is. ;)


After eating the Siopao, we realized what had been wrong. The dough was not fermented enough that’s why the dough did not double its size during its resting period. Haha, next time it will be like the Siopao of Chowking! And even better : D

Posted by kring-kring at 9:35 PM No comments:

Posted by kring-kring at 9:28 PM No comments: 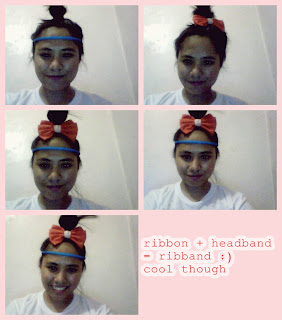 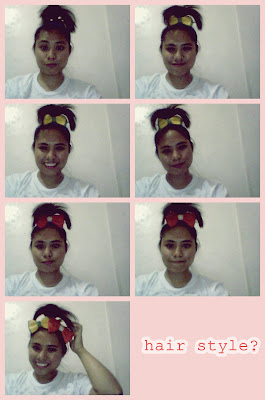 Posted by kring-kring at 2:00 AM No comments: